Fulham's much lauded pub The Harwood Arms has been named as the best gastropub in the country at the prestigious Estrella Damm Top 50 Gastropub awards.

The award judges said: "The only Michelin-starred pub in the capital, the Harwood Arms, is a London institution boasting some impressive credentials." 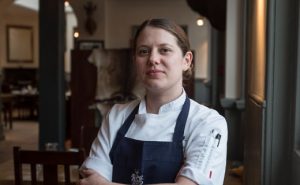 There was praise too for the pub's head chef Sally Abe, who it says "has maintained that star for another year and brought the gastropub to the tip of the Estrella Damm Top 50 Gastropubs 2020 list, cementing the pub in the number one spot for the first time – rising five places from 2019.

"Not only that, the talented chef was also announced this year’s chef of the year, a prestigious accolade presented to chefs who have showcased the positives within the industry."

The Harwood Arms was co-founded by Brett Graham (owner of two-Michelin starred the Ledbury) and Mike Robinson in 2009. It gained a Michelin star in 2010, and has retained it since.

You can see what's on the menu at The Harwood Arms here.